Discussion on the applications for pelvic health 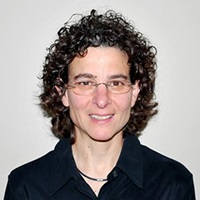 Jacqueline Shakar DPT, PT, OCS, LAT, GTS
Jackie has maintained a clinical practice in musculoskeletal physical therapy for more than 30 years, specializing in manual therapy and lower extremity biomechanics, including custom foot orthotics. She is a professor at Mount Wachusett Community College, where she has taught anatomy, kinesiology, clinical orthopedics and evidence-based practice/clinical research for more than 20 years. Jackie is an avid runner and works with a number of elite and recreational runners and triathletes. She also works with high school and college athletes. She has been a GT instructor since 2007. Jackie is also the clinical advisor for Graston Technique®. She completed a transitional Doctoral Degree at Massachusetts General Hospital Institute of Health Professions in 2010. Jackie became board-certified as a clinical specialist in orthopedic physical therapy by the American Board of Physical Therapy Specialties in 2011. She earned a master's degree in physical therapy from Boston University in 1983. She has been an Athletic Trainer since 1984, and she received a certificate in massage therapy from the Bancroft School of Massage Therapy in 2001.